This page has a background of the Northern Territory (NT) and Australia in 1984.

In the first weeks of the New Year, Northern Territory newspapers reported on fuel supply issues, the closure of the Darwin Primary School, increasing doctor's fees, and increased tariffs and charges for electricity by the NT Electricity Commission. The Darwin Hospital had been conferred as the Royal Darwin Hospital, in recognition of its 'long and valuable service to people of Darwin and the Territory'.

Category five Cyclone Kathy hit the Edward Pellew Islands in the Gulf of Carpentaria, causing significant damage on the prawn trawling fleet and in the township of Borroloola.

The Governor General Sir Ninian Stephen officially opened the Araluen Arts and Entertainment Centre in Alice Springs, and then on the 23 June opened the Menzies School of Health Research in Darwin. 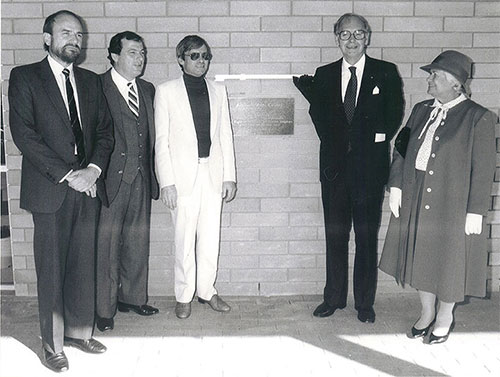 The Radio Australia facility on the Cox Peninsula, including the installation of short-wave radio transmitters for the Inland Service and reconstruction of the Mandorah jetty, was re-commissioned at a cost of around $10 million. 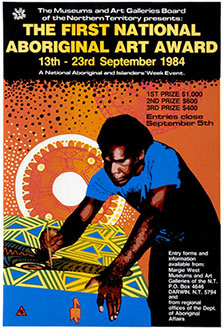 The Northern Territory Government paid $2.5 million to the outgoing operators of the Darwin and Alice Springs casinos, Federal Hotels Ltd.

Roger Steele was elected Speaker of the Legislative Assembly.

In a by-election, the seat of Jingili was retained for the CLP by Rick Setter, who succeeded Paul Everingham.

The second Tuxworth Ministry of eight was appointed, including for the first time Steve Hatton and Barry Coulter. 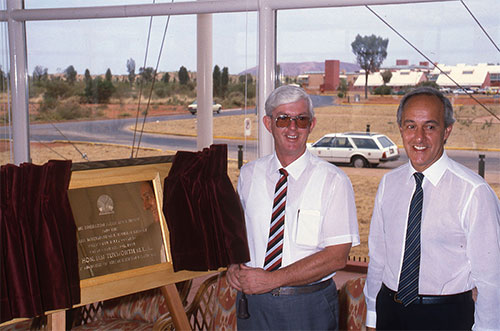 A 115g jar of Vegemite was the first product in Australia to be electronically scanned at a checkout.

Advance Australia Fair was proclaimed as Australia's national anthem, and green and gold the national colours.

The one dollar coin was introduced in Australia.

The National Crime Authority was established.

The Hawke Government was re-elected with a reduced majority.

Australians were watching Sweet and Sour on the ABC Television, an Australian production about a group of friends who form a rock band, along with the BBC series Minder starring Denis Waterman, and Mother and Son starring Ruth Cracknell and Gary McDonald.

Perfect Match, a television dating program was launched in the 5.30pm timeslot, bringing in record ratings.

Amadeus, a movie about the life of composer Mozart won best film at the Academy Awards, Sally Field best actress for her role in Places in the Heart, and Haing S. Ngor won best supporting actor for his role in The Killing Fields.

The first of the Police Academy films was released, along with Ghostbusters, Splash, and Footloose.

The Australian movie Razorback was released, a film revolving around the exploits of a gigantic wild boar terrorizing the Australian outback, killing and devouring people.

Australian band INXS release The Swingin April, Born in the USA from Bruce Springsteen was released in June, 1100 Bel Air Place an album of love songs performed by Julio Iglesias is released and Twentieth Century the final studio album for Australian band Cold Chisel (before they reformed in 1998) was written and recorded over various sessions during the period of the band's break-up and during breaks in their final tour.