This guide has Cabinet record information from 1987, including Cabinet decision highlights from that year, a background to the Northern Territory and Australia in 1987, and the Cabinet members.

Not all Cabinet decisions are available to view, get the list of Cabinet documents exempted from 30 year release PDF (116.9 KB). 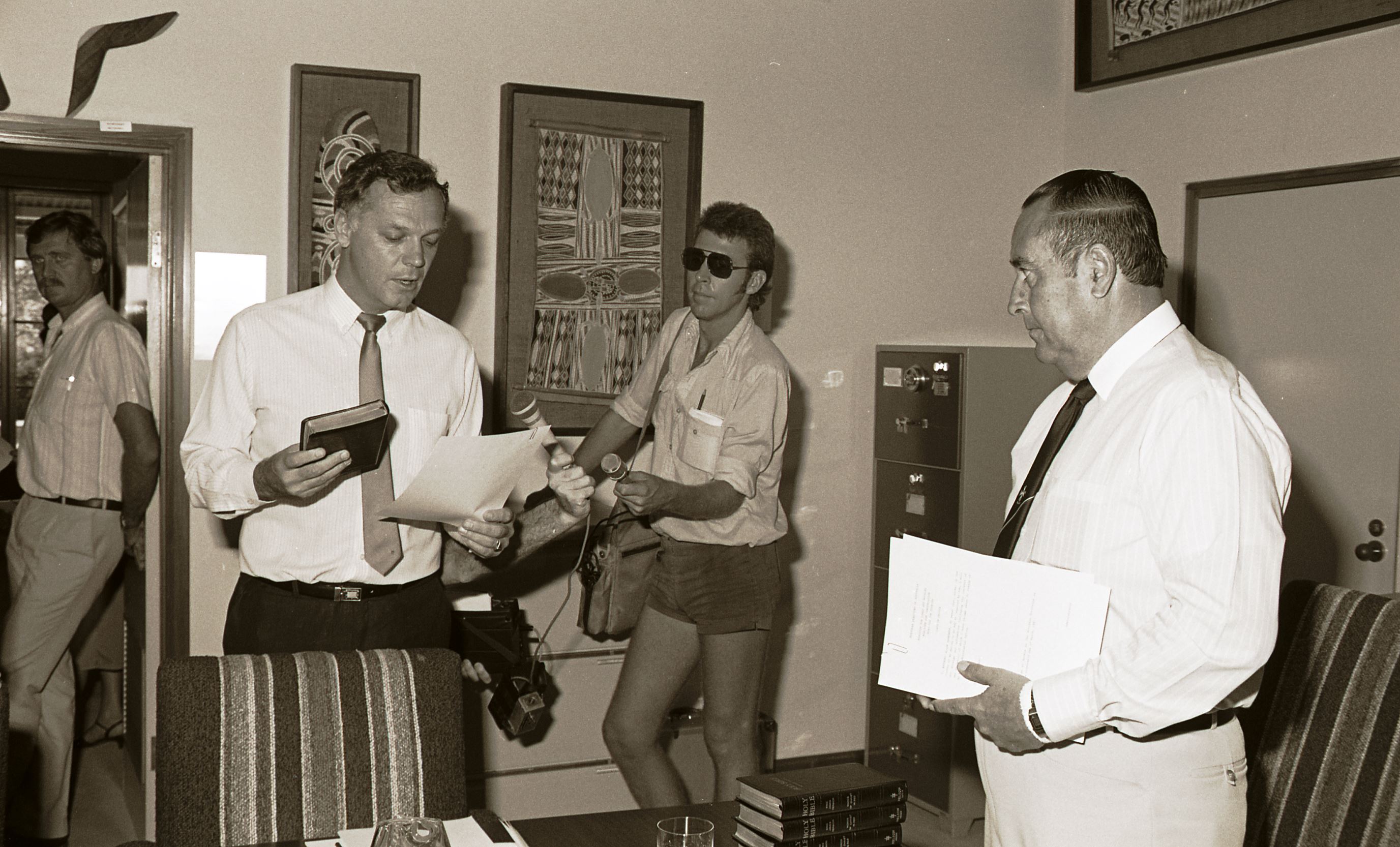 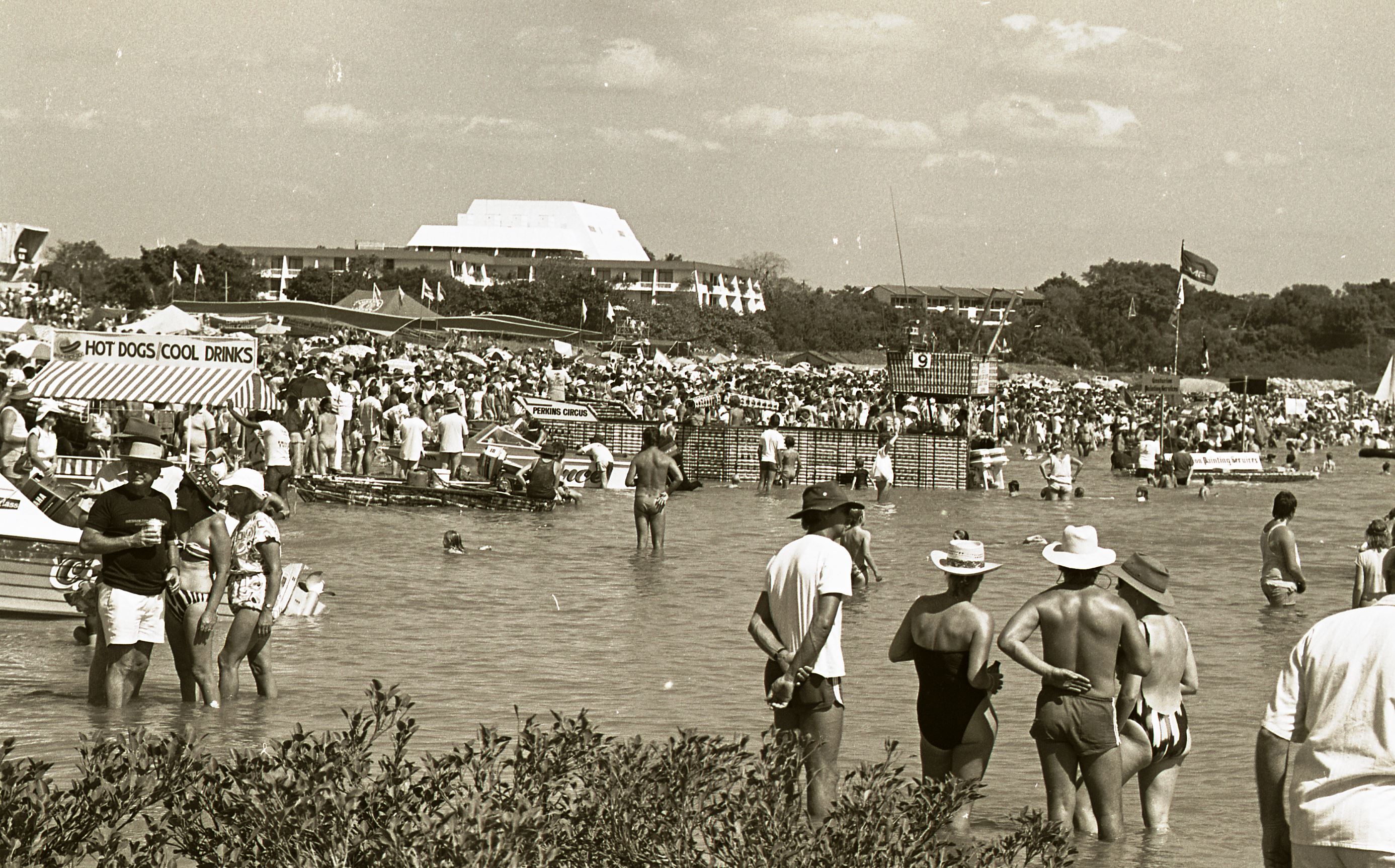 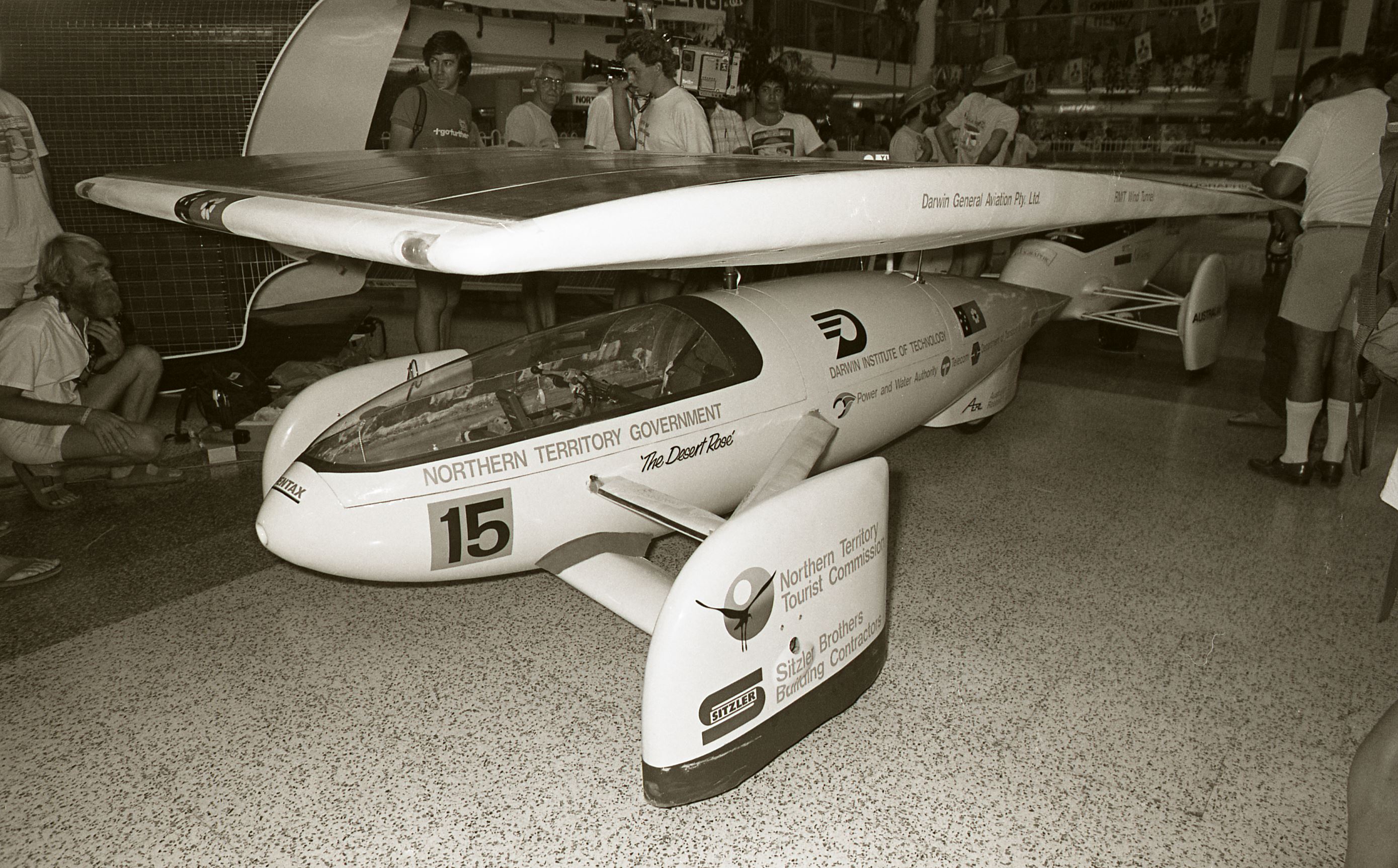 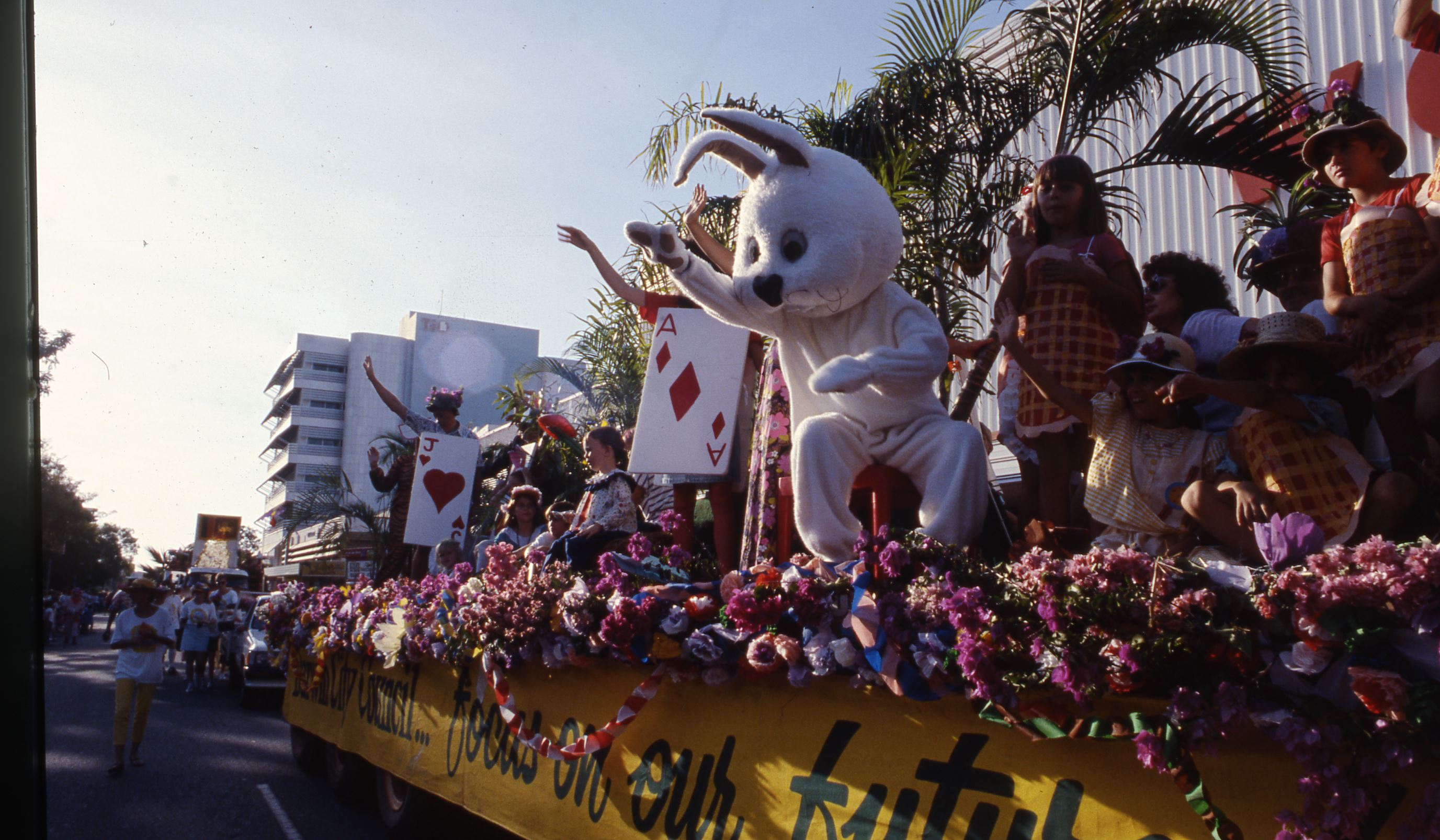 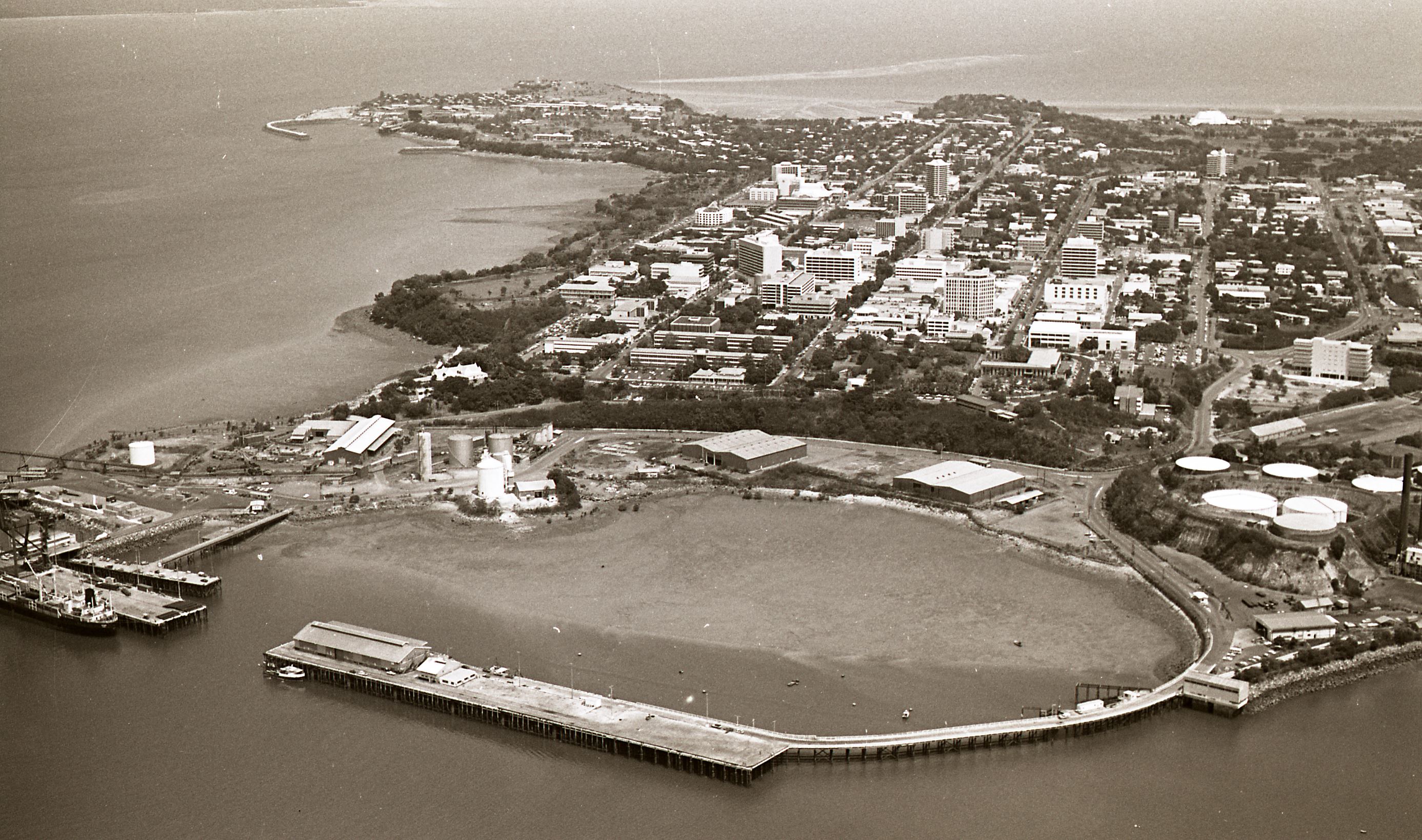 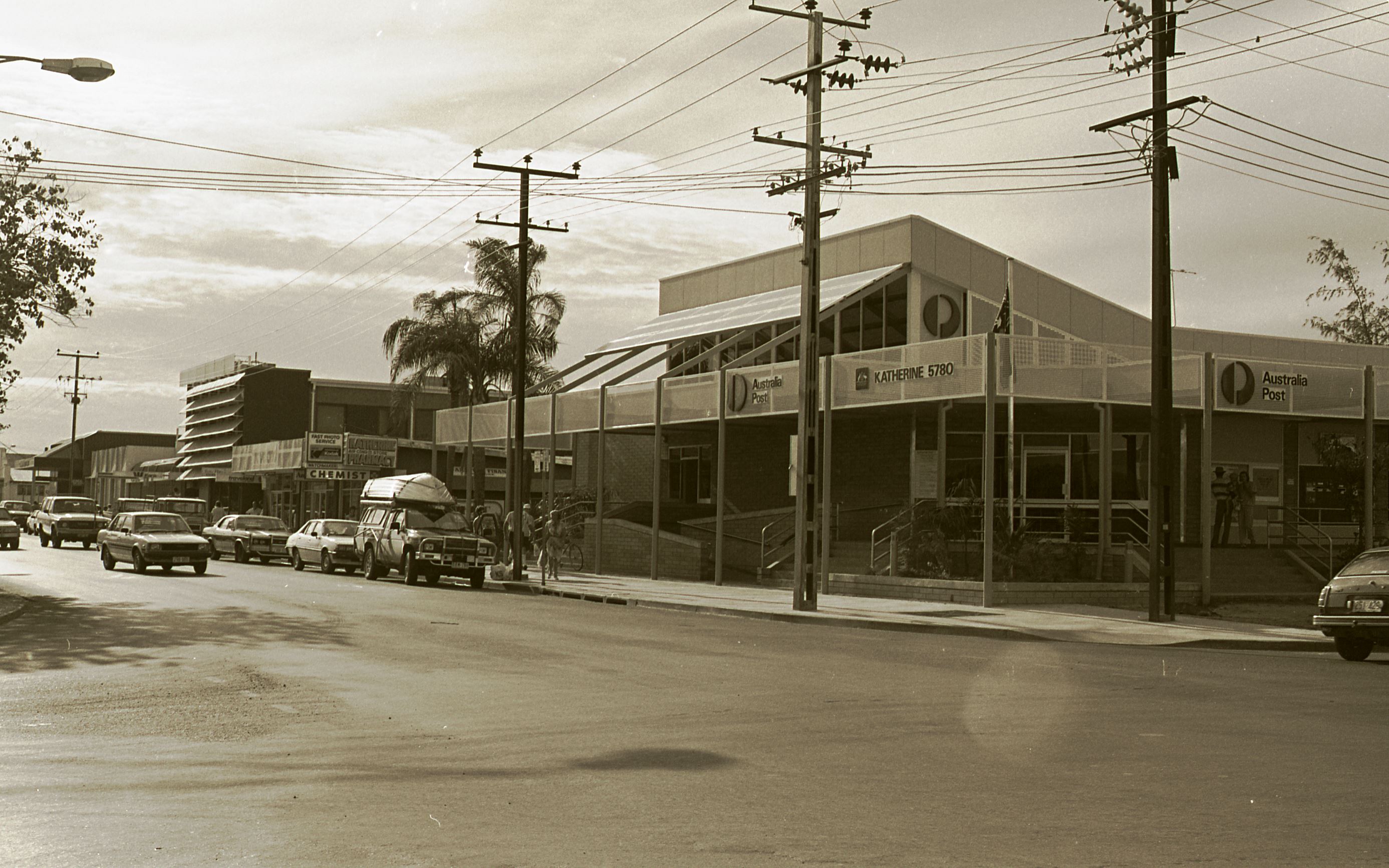 Members of the 1987 Cabinet 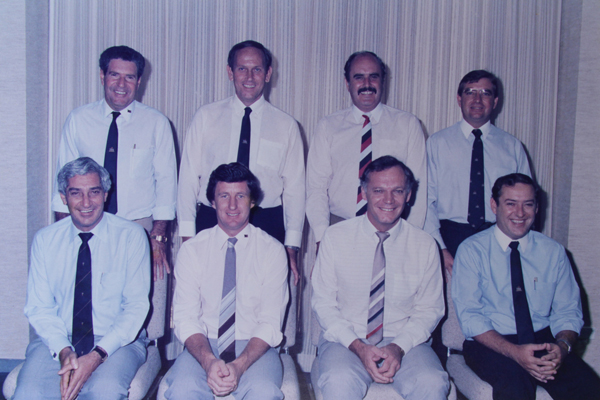 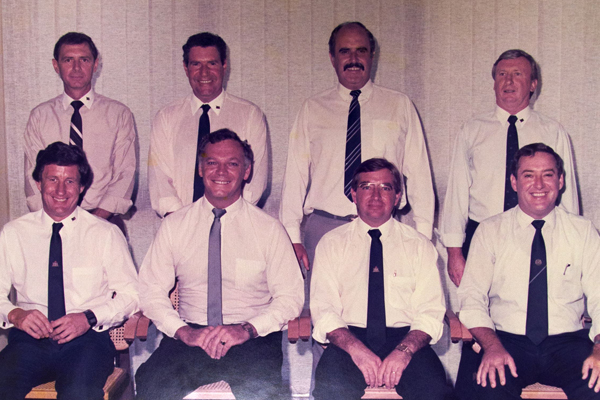 This legislation brings the NT law on meteorites in line with other States and ensures that an important part of our natural heritage is protected, and guarantees that sufficient material is available for continued research into the origin and evolution of our solar system. Penalties were imposed for the wilful damage, destroying, removal or possession of a meteorite.

A ‘meteorite’ means a solid object which has fallen to the Earth’s surface from space without being completely vaporized during its passage through the atmosphere. Meteorites frequently break up in flight with fragments. The fragments are considered to be part of the same meteorite and are named accordingly. They are very rare objects. In 1987, only about 2800 authentic meteorites had been found over the whole planet, of which 11 were found in the NT. The majority are found by members of the public who bring their finds to the attention of the scientific community.

Although the frequency of NT meteorites is low, there are unusual and important meteorites from the NT:

A checklist of NT meteorites found up until 1987 is included in this Cabinet record. The low frequency of finds in the NT and the relatively undeveloped nature of the NT indicate many more meteorites remain to be found.

In July 1987, Cabinet approved the introduction of a NT Shared Equity Home Ownership Scheme to allow potential home owners to purchase an affordable share in a dwelling of their choice, using private sector finance. The Scheme provided a new way of overcoming the problems of affording home ownership when interest rates were high.

The Scheme allows persons to buy homes with a minimum 10% deposit using finance from a private lender, and still be able to afford repayments. The remaining purchase private of the property – up to 50% of its value in some cases – was made available under this scheme. The purchaser could enjoy all rights of home ownership, and pay a reduced rental for the Government’s equity in the dwelling.  The remaining equity in the dwelling can be bought from the Government at the prevailing market value when the owner’s financial situation allows. Title to the dwelling was in the names of the purchaser and the Government on the basis of Tenants in Common. Whilst the Scheme was intended to primarily stimulate activity in the private sector market place, it could also be utilised by Housing Commission tenants to purchase their dwellings.

In 1986, Kakadu was experiencing visitation of 100,000 tourists year-round. This growth in tourism over both the wet and dry seasons, coupled with development of the Crocodile Hotel in Jabiru by the Gagudju Association, constituted the need for an all-weather airstrip.

Consideration was given to either upgrading the existing Jabiru airstrip to an all-weather daylight F27/F50 standard to meet requirements for eight to 10 years, or to construct a jet standard airport. The Submission discusses ownership of the aerodrome and constraints to its development.

Cabinet considered the feasibility of establishing a space vehicle launching facility in the Northern Territory. As sites closer to the Equator are the most suitable for commercial space launches, top end sites near Darwin, Point Stuart and Nhulunbuy were considered, noting that Darwin has all the general infrastructure requirements of a port, airport and engineering facilities to support an adjacent launching facility.

The feasibility report considered key issues including launch infrastructure requirements, launch types and the key question of range safety. Risks were also considered, including launches that would traverse inhabited areas in the NT, and that expendable launch vehicles jettison large components such as tanks and fairings during their flight. These fall and impact the earth in ‘drop zones’, which generally occur over or near towns. Cabinet concluded that the spaceport would involve unacceptable risks and decided not to proceed with any further work at this time.

The Berry Springs Wildlife Park is vested in the Conservation Land Corporation and declared pursuant to section 12 of the Territory Parks and Wildlife Conservation Act. The Conservation Commission is legally responsible for the care, control and management of the park.

The purpose of this Cabinet Submission was to approve an opening date for the Berry Springs Wildlife Park by December 1988, and to consider options associated with the employment of staff and management of the Park.  I 2018, the Park continues to be a major tourist attraction in the Top End.

In 1987, the Northern Territory Cabinet endorsed the principle that a grant of Statehood to the NT must be on terms and conditions that will ensure constitutional equality with the existing States. Cabinet directed a series of Cabinet submissions be prepared dealing with different aspects of the grant of Statehood.

Attached to this Cabinet Submission is a document entitled ‘Towards Statehood’, which includes a Ministerial Statement by the Chief Minister made on 28 August 1986 and a paper entitled ‘Northern Territory Constitutional Disadvantages’, which considers the constitutional disadvantages flowing from the status of the Northern Territory as a self-governing territory, and the advantages of a grant of Statehood. Two main types of disadvantage are: 1) where the status or treatment of the NT is inferior to the States, and 2) where the Commonwealth retains legal capacity to alter current equal treatment with the States, to the disadvantage of the NT. Some of the issues discussed include protection by the Commonwealth against invasion and domestic violence; freedom of religion; free trade between States; Commonwealth acquisition of property on just terms; Aboriginal Land Rights; National Parks; Industrial Law; Courts; Offshore Settlement; and the Australia Act 1986.

The purpose of this Cabinet Submission was to approve a strategy with regard to the nomination of Kakadu National Park (Stage 2) for World Heritage Listing by the Commonwealth.

In May 1987, Cabinet approved, amongst other things: 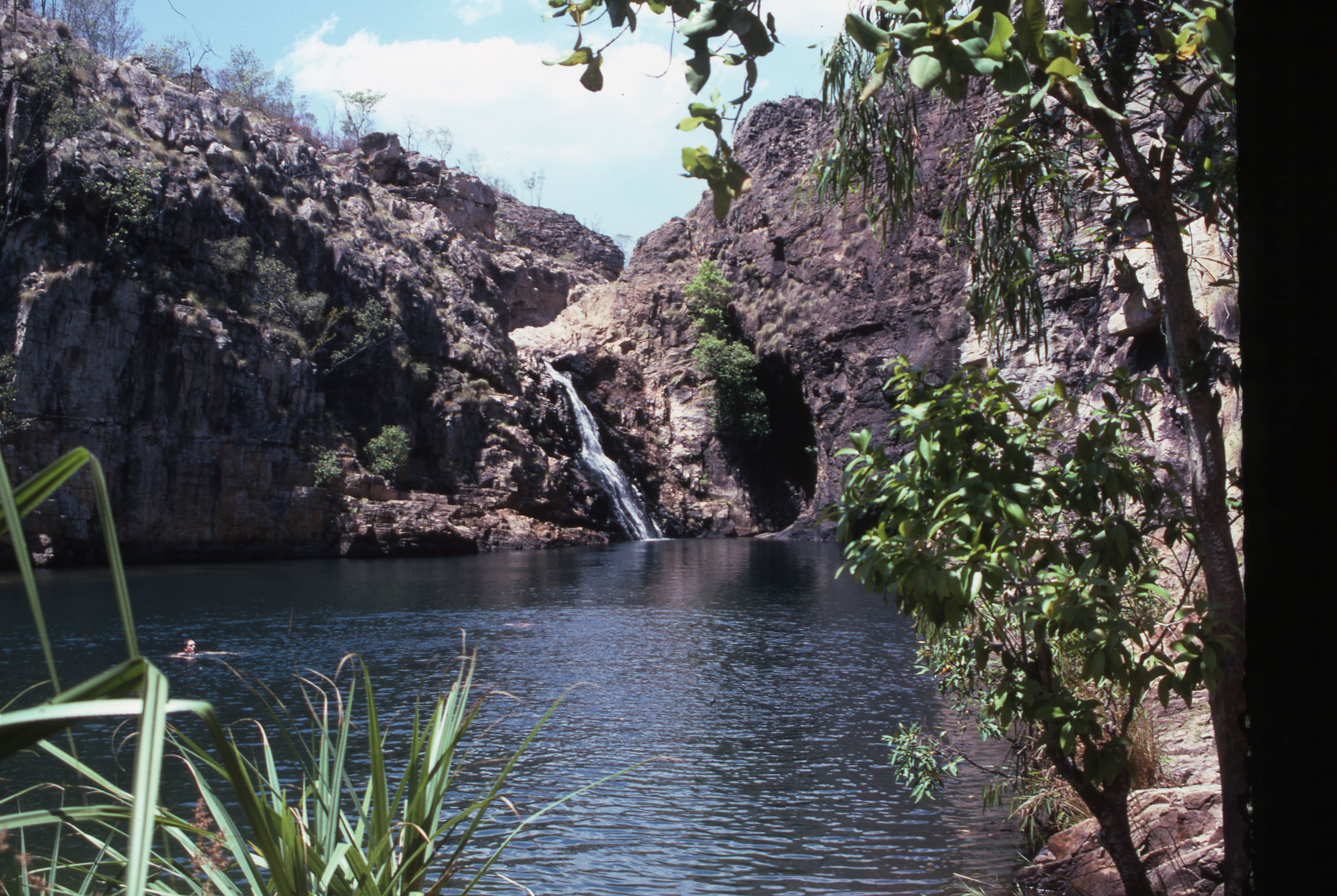 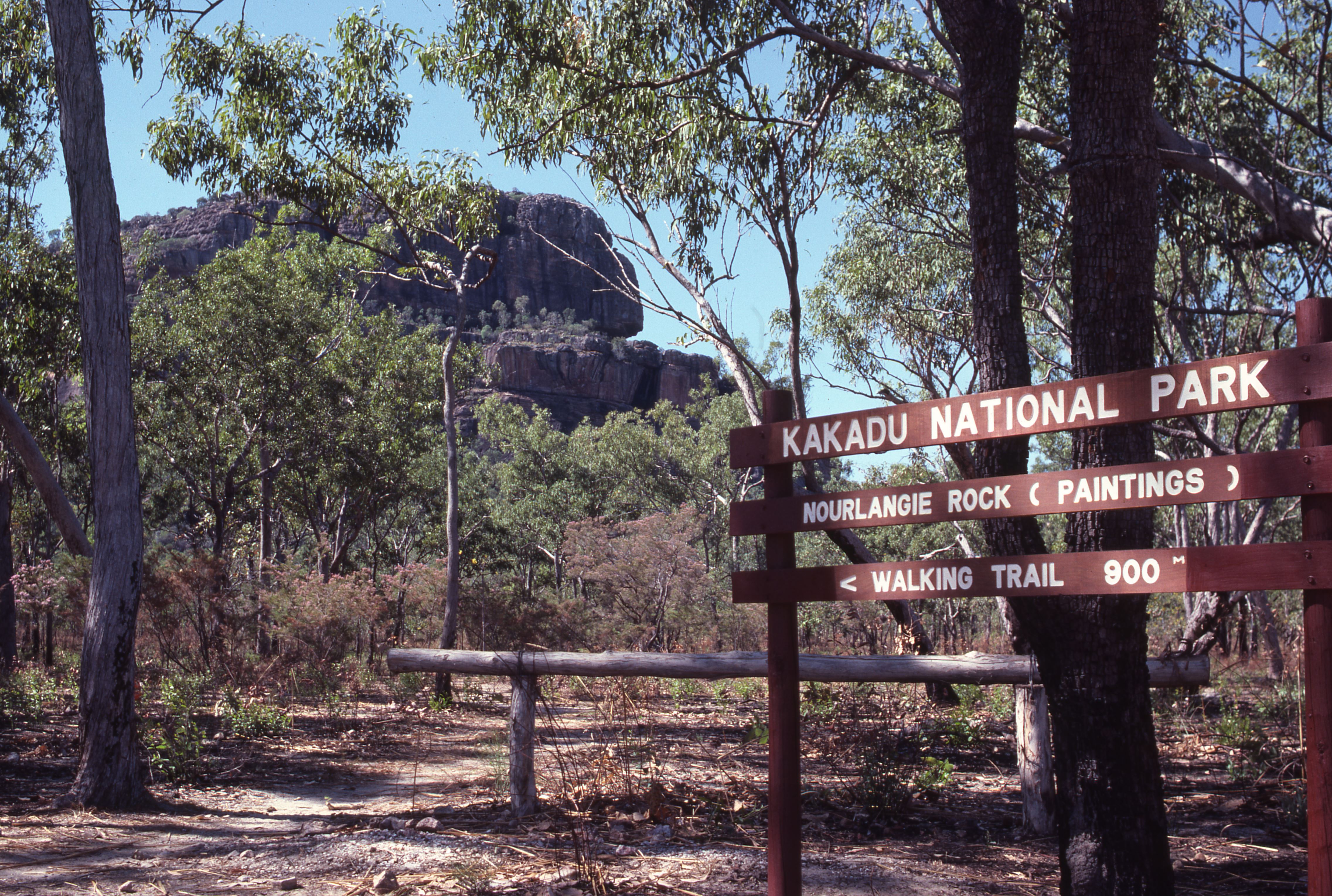 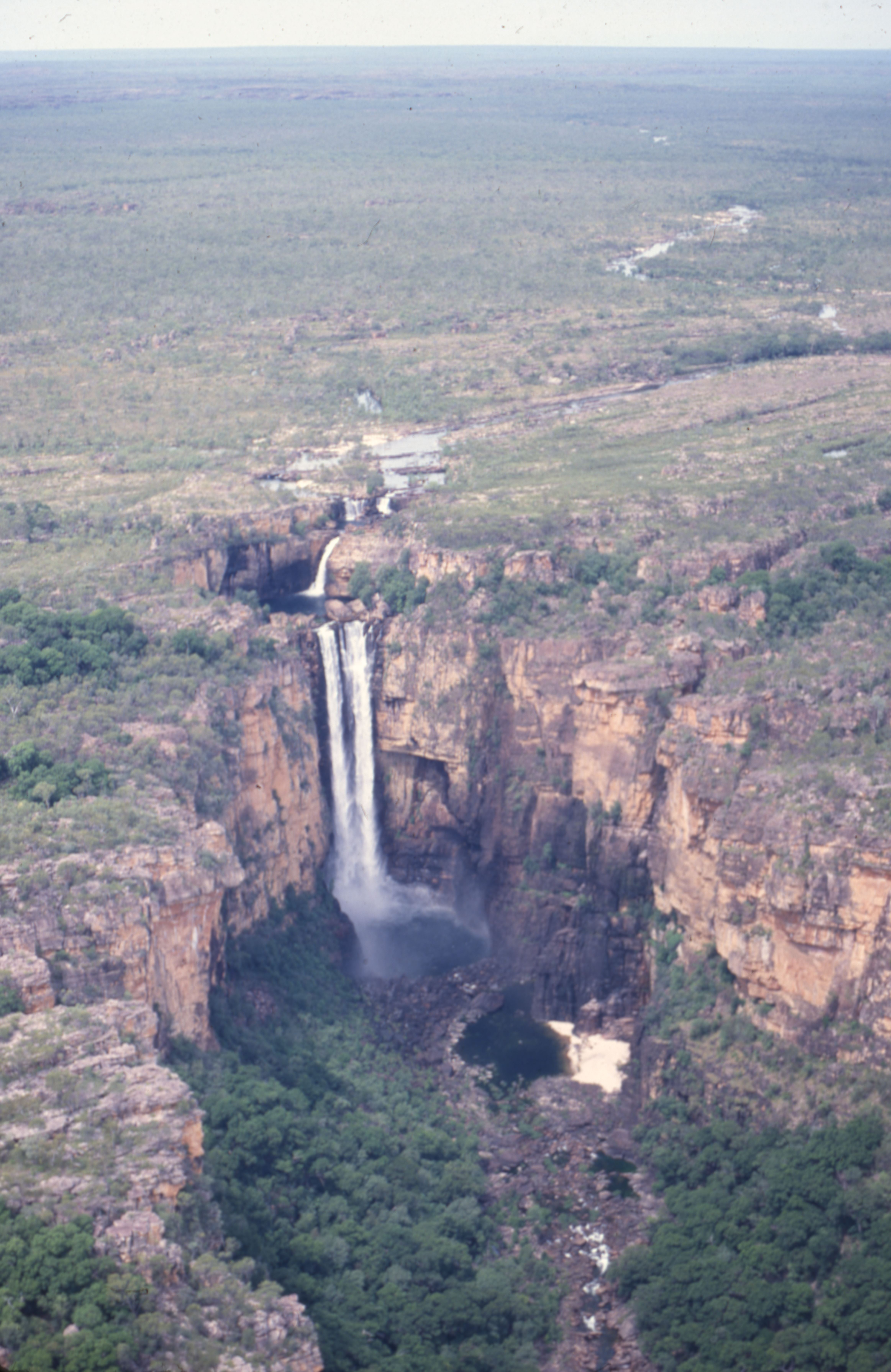 World Heritage listing of Kakadu Stage 2 was not necessary, as it already received full protection as a National Park under the National Parks and Wildlife Conservation Act 1975.

Failure of the Commonwealth ANPWS to consult with the NT CCNT appeared to be a breach of procedures agreed between the Commonwealth of Australia and the State and Territory Governments, before a property in Australia is nominated for World Heritage Listing. These procedures were set out in an agreement reached in July 1984 at a meeting of the Australian Council of Nature Conservation Ministers.

CCNT prepared a submission and compiled technical reports. As evidenced by the papers that made up the Technical Report, no sufficient data was available to make a comparative assessment of the nominated property, such as to justify its inclusion on the World Heritage List.

Kakadu Stage 2 was subsequently inscribed on the World Heritage List in 1987.